well-known holistic cancer doctor and Integrative Medicine specialist Dr. Mitchell Gaynor, osteopath Mary Bouvier, and nurse and founder of a popular nurse website, AllNurses.com, Brian Short, along with his entire family, as well as on injuries sustained by a group of 29 homeopaths/naturalist doctors at a conference, who all seemed to have been poisoned. Please visit her site through these links for her information and analyses of these incidents, which, as she takes care to point out, are reported on separately, with no obvious connections or conclusions being drawn.

Once again,  in the case of these deaths, the spectre of suicide and murder-suicide has been raised, which many close to these medical professionals contest.

The New York Times in reporting briefly on Dr. Gaynor’s death quotes an investigator from the local sheriff’s office ruling the death suicide, which his friends and colleagues find questionable, as this article suggests. Apparently Dr. Gaynor had recently missed a conference, letting his colleagues know via Facebook he had the intestinal flu. Prior to that, he had just survived a car accident. According to the HealthNutNews article, no suicide note has been found.

In the case of the deaths of other holistic cancer doctors reported earlier, Dr.Bradstreet’s investigation is still open, currently, and Dr.Gonzalez’s, which had been ruled a sudden heart attack, has been cleared of this supposition by an autopsy report. Both these doctors had been treating cancer and, in Dr. Bradstreet’s case, also autism patients successfully. Their stories were discussed earlier here.

Brian Short’s website AllNurses.com shows it to be a lively website with discussion forums, information on schools and news, and open and candid commentary on medical and nursing issues, such as contained in this article, with many thousands of views per article published, and millions of unique visitors per month.  Could the thriving of a nursing community online pose some kind of threat to someone?  Discussion on the comment-boards of the HealthNutNews article reporting the Short family deaths suggests all sorts of 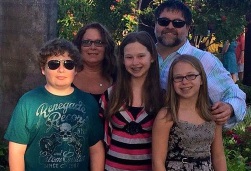 reasons and possibilities, including deadly anti-depressants which cause hallucinations and violence as side-effects, as possibly being a factor behind the tragically violent deaths of the entire family.

In this regard–looking at the terrible homicide (ruled a murder-suicide) of the entire and young and growing Short family–it would be remiss not to also point to the possibility of covert assaults with radiation neuroweaponry, a 21st-century crime of MKULTRA-extended mind control experimentation, which many analysts say is responsible for the homicides and violence caused by set-up “Manchurian candidates” such as Aaron Alexis, Myron May, and various other mass shooters–possibilities covered online by Renee Pittman in this article  and by James Lico in this one.

Whatever some people like to tell themselves (in fear and denial) about the phenomenon of “Targeted Individuals” today as being an issue of mass mental illness suddenly cropping up online-–a favorite mainstream media (MSM) trope (as in MSM being propped up and owned by the network of Big Pharma, Big Psychiatry, and the CIA–who sure would like to pass off these witness and testimonial accounts as mentally-ill and delusory prattle, so they can continue to openly engage in these crimes against humanity)–the truth is, these covert radiation weapons are here today, they are being used covertly on people, and they are used in a way (24/7 assaults, along with COINTELPRO, and PsyOps) intended to provoke harmful action on the part of the one being attacked.

Most “Targeted Individuals” hit with these weapons know better than to engage in harmful action, but some apparently succumb. The provocation many experience is reportedly certainly intense. For more on this subject, just Google “covert harassment” or “electronic harassment” or visit ICAACT or StopEg.com or any other of the new human rights groups striving to expose and ensure the termination of this distinctly 21st-century crime.  This site covers this issue periodically under Human Rights, and the being-constructed site Covert Assaults Satyagraha will collect further resources on the issue.

For just one, well-documented, comprehensive, and thoughtful report on continuous targeting and assault with these new-age electronic weapons, and the incredible damage they can do, visit Nicholas Kirkland’s account here on Educate-yourself.org.

It is absolutely time for this issue to become mainstream knowledge. People worldwide need to wake up to the absolute reality of covert radiation neuroweaponry and covert ops by US Intel (CIA/DIA/DHS/NSA) and other government bodies which are simply persecuting and torturing thousands worldwide, all in the name of testing and developing electronic weaponry in preparation for 21st-century-Neurowarfare, and in the name of testing and developing definitive Mind Control over every single human brain in existence, via misplaced, grandiose, and megalomanic schemes of cybernetics, hiving-minds, quantum super-computing, transhumanism, and Artificial Intelligence. (Lots on these subjects on Youtube and elsewhere; I will post more here soon.)

Sadly, the last bastion of our privacy has been fully breached: the human brain and the human nervous system have been hacked, and are being exploited--and humanity needs to wake up and stop the carnage now, before it is too late; we absolutely need to inform ourselves as to what on earth is going on, and how we can stop it.

Returning to the question of Dr. Gaynor: Dr. Gaynor’s website is informative and wide-ranging in its focus on health and nutrition issues. It is interesting to note that Dr. Gaynor emphasized healthy preventive nutrition to help support the body at the level of DNA, as this excerpt from an article on Tulsi, the ancient Ayurvedic herb, suggests:

“Because free radical damage (oxidative stress) and chronic inflammation are almost always involved in weakened health, this kind of damage is particularly troublesome because it damages the DNA. The entire purpose of my new book, The Gene Therapy Plan, is to explain, present evidence for, and offer solutions that enhance our very DNA, and for new mothers, that means that remedies now can prevent genetic misfires in the future.”

If Dr. Gaynor’s death was not a suicide, as the sheriff’s office reports, could it be that his interest and research in enhancing healthy DNA expression with healthful nutrition and preventive natural herbs suddenly made him a “Person of Interest”?

More than ever, we need scientists today, and doctors, and real, thinking journalists stepping forward without fear and exploring these issues for themselves, and speaking out and taking action. It is also important to recognize that our so-called “authorities,” our government bodies, our old systems of checks and balances via proper oversight, are not taking action. We are living in a world gone mad, mainly because a sociopathic minority is literally running amok among us and 1) experimenting with deadly weapons and drugs and toxins on us and 2) apparently killing at will–we certainly see this globally in the endless wars and invasions, but it is also evident in stories like these of holistic, successful medical professionals being targeted, as well as in police violence and false flag scenarios we are frequently subject to.

Silence becomes a way–of not merely acquiescence and consent–of allowance. By remaining silent, we permit the atrocity to continue. Please research these subjects for yourself, climb past all that CIA-disinfo “conspiracy theory” stuff online, and search out the truth, and speak out, in whatever forum you personally can. It is absolutely not the time to remain in silence, as our Intel agencies with their arsenal of fear-tactics are striving to drive us into.

We are pivoting on a cusp of humanity–the future we step into next week, and the future we leave for our kids depends on what acts of expression and courage we engage in today.

Dr. Rima Laibow: These Dead Doctors Told No Lies, Is That Why They Are Dead?