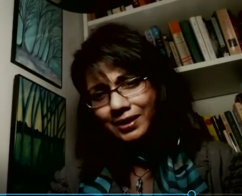 Letters in Validation and Support

Reason for this Public Exhibit

Defamatory and Criminal False Report Made to CPS Against a Journalist

On April 13, 2018, a malicious, malignant, defamatory, frivolous, and criminal False Report was filed against myself, Ramola D/Dharmaraj, a mother, writer, investigative journalist, Press Officer of the US-Europe Joint Investigative Team, and currently also Massachusetts State Convenor to the World Treaty Conference Banning Neurotechnology and Directed-Energy Weapons, by an unnamed “mandated reporter”–a public official given State legal rights to report child abuse or neglect–from among a group of public school officials: the Principal, Vice Principal, and “Director of Security” at Central Middle School as well as the Deputy Superintendent and Senior Director, Student Support Services at the Quincy Public Schools Superintendent’s Office.

This act of inexplicable slander occurred directly (less than 24 hours) after I had an informational and completely cordial meeting with the school principal Richard DeCristofaro Jr.–notably, and nepotistically, the son of Quincy Public Schools Superintendent Richard DeCristofaro Sr., a meeting partially attended by vice principal Susan Shea Conner, as a concerned school mother in my professional capacity as an investigative Science, Technology, Surveillance, Defense, Ethics & Human Rights journalist, and provided information related to the unlawful, extrajudicial, #SurveillanceAbuse use of anti-personnel electromagnetic technologies on citizens—being reported widely today all over the USA and world—and which is acknowledged by Intelligence agency whistle-blowers (some I have personally interviewed, as a journalist), reported by other investigative journalists, and confirmed by doctors and scientists.

Details of this meeting and retaliatory sequel were recorded in the recent JIT Press Release and will be covered in greater depth shortly, as new and very revealing details of Quincy City Council, Quincy School Committee, Quincy Public Schools, and Military/Government/Private Contractor Revolving Door corruption unfold.

I am constructing this public exhibit to collect all related articles, letters, media coverage and reportage on an ongoing basis as I strive to address these wrongful allegations and fabrications with these government agencies, and further bring to light the facts related to the ongoing use of anti-personnel electromagnetic technologies on citizens in the United States of America—a central subject of my investigative journalism.

I post this information also in the public interest: I think the American public, Massachusetts public, and Quincy public–as well as the world public–would appreciate knowing what has occurred here in Quincy, where public school officials, professing “concern,” have engaged in a reckless, irresponsible, and criminal misuse of power to take malevolent, repressive action against the mother of a child in their school, clearly with malicious intent to harm, cause emotional distress, and invade the privacy and sanctity of her family, all because they wish to frantically suppress the subject of her reportage: the use of anti-personnel electromagnetic technologies in public places, on school grounds and elsewhere, in Quincy, in surrounding towns, in Massachusetts, instead of researching the information supplied and working to secure the safety of the children at the school.

Absurdity and Venality of False Report When Child is Brilliant, Exceptional, Thriving

Many questions need to be asked here, including the most primary one: Why would Quincy Public Schools react so inappropriately and extremely, daring to slander and libel a publishing journalist, by making an egregiously false and fabricated report on her as “neglectful of her child by way of serious and untreated mental illness” particularly when her child is an outstanding and happy and thriving student, flourishing under her nurturance and care—immediately after a meeting where information on anti-personnel electromagnetic technologies was provided, instead of researching and addressing as a Public Safety issue the information being brought to their attention?

Why would Quincy Public Schools wish to shut down information provided by a parent who researches and publishes on subjects related to Public Safety—specifically on DOD/DOJ anti-personnel military non-lethal technologies—instead of investigating further, in the interests of securing the safety of children at the school? Does Quincy Public Schools have something to hide?

Please stay tuned for further investigative reportage on this matter.

Letter from Ramola D to Governor Charlie Baker on False Report by QPS/April 26, 2018

State of Massachusetts Law on The Use of Electronic Weapons

The DHS Scam and Human Trafficking of Innocent Citizens

Letters in Validation and Support of Journalism, Provided by Concerned Colleagues and Government Whistleblowers

(This section is in process of being updated.)

News Inside Out/May 2, 2017Crusading Journalist and mother Ramola D. breaks through to public Light, even as High-profile Convenors of Model Statute/Treaty Conference to ban Neurotech Assault Weapons are attacked with US DOD/DOJ energy weapons

The Honeybee/Mellisa, May 8, 2018/Targeted by CPS: Award-winning Author and Journalist