Disclaimer Re. Reportage by Dr. Katherine Horton on Erasme Medical Kidnap as Recorded in JIT Press Releases and Articles at The Everyday Concerned Citizen/Oct 27, 2018 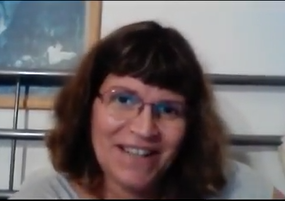 World-renowned human rights activist Melanie Vritschan, member of the US-Europe Joint Investigation Team, has had her newborn baby, Amethyst Vritschan. removed from her care in L’Hôpital Erasmé in Brussels, Belgium, where she gave birth on October 18, on trumped-up charges of psychiatric instability.

Melanie Vritschan gave birth by planned Ceaserean to the healthy baby girl, Amethyst Vritschan on Wednesday, October 18, at L’Hôpital Erasmé in Brussels, Belgium. Mother and child were both reported as doing very well shortly after the birth by Dr. Katherine Horton, high-energy physicist, former CERN scientist, founder/lead member of the US-Europe Joint Investigation Team, who was present as her friend, colleague, and companion at the hospital, and accompanied her into the operating-room.

The US-Europe Joint Investigation Team is a human rights group and investigative team investigating the reports of non-consensual directed-energy weapons, neuro weapons, and bioweapon experimentation and operation that Americans and Europeans, as well as other world citizens. are reporting in large numbers today.

Melanie Vritschan is also the founder of ICATOR, the International Coalition Against Electronic Torture and Robotization of Living Beings, and vocal human rights advocate for the rights of all human beings to be free of non-consensual military/Intelligence experimentation, electromagnetic abuse, covert implantation, neurotechnology assault, and bio-robotization.

Ms. Vritschan came to world attention recently when a surgeon removed part of a large, strangulating metallic implant from her neck, which had been covertly implanted–possibly by the Belgian intelligence agency State Security Service, headed by Jaak Raes, since intelligence agencies are now known to be engaging in clandestine implantation practices, possibly by NSA/DARPA, since this resembled a NSA/DARPA/Motorola patent using self-assembling nanotechnology–and was being used to inflict pain at her throat. This story was covered earlier by NewsInsideOut journalist Alfred Webre. This non-biological, metallic implant was recently spectroscopically and electronically analyzed in a laboratory by Dr. Horton as well as another scientist and was found to carry titanium—in no way biological or from the human body–in its makeup.

Because part of the implant had not yet been removed from Melanie Vritschan’s throat, and posed breathing problems during anaesthesia, Dr. Horton had apprised a nurse about the implant, and explained the reason for her concern, as well as provided further information about the previous implant removal and their joint work at JIT.

Subsequently, Dr. Horton learned that Melanie Vritschan was subjected to a psychiatric assessment and that the day-old baby had been removed from her care. Initial assessment by one psychiatrist was followed by an assessment by two other pedo-psychiatrists. The first psychiatrist asked Melanie skeptically why she would found an organization called the International Coalition Against Electronic Torture and Robotization of Living Beings. Close to midnight, police were called in. Melanie Vritschan was removed from her room in the Maternity Ward and taken off-site to a different hospital where she was interrogated for almost 3 hours up to 2 am. Although it was one day after her Caesarean, and she was supposedly in a healthcare facility, she was given no painkillers; the new mother was locked into her room at this off-site psychiatric center, a room which had no toilet and no bed but a mattress on the floor. Reminiscent of an off-site “CIA rendition center,” in Dr. Horton’s words, after her late-night interrogation, she had to knock on the prison-window in the door to be permitted to use the toilet. She was able to make a call to Dr. Horton from the toilet, shortly after which her cell phone and other personal items such as her eyeglasses were confiscated.

Ms. Vritschan was subsequently returned late on Friday, Oct 20 to Erasme Hopital but housed in the Psychiatric Ward, and not the Maternity Ward. She was not permitted to see her baby. The baby’s grandfather who had arrived to visit his daughter and grandchild was also not permitted to see the child. Dr. Horton was informed the Procureur du Roi or Senior Crown Prosecutor had decreed that the baby be separated from the mother until a court was convened and a judge made a decision; the court date is a week from the birth, on October 25.

This morning, on Oct 21, Dr. Horton learned that Ms. Vritschan had been medicated with psychiatric drugs, which both she and Ms. Vritschan’s father protested against to hospital staff. “Medicating a perfectly healthy woman is criminal,” Dr. Horton stated. “It is essentially poisoning her.” Dr. Horton also pointed out to the hospital staff that they were engaging in criminal actions that constituted human rights violations in complete contravention of United Nations treaties.

The hospital has currently agreed to stop the forced drugging of Ms.Vritschan, but is continuing to refuse her access to her baby. This major human rights violation, separating a mother from her child and attributing delusions to her on the basis of a mention of implants—scientific evidence for whose existence, removal, and analysis exists—appears to suggest a plan has been set in motion by the Attorney-General’s office to target this outstanding human rights activist for her groundbreaking advocacy, and attempt to ruin her life and stop her work.

In doing so, L’hopital Erasme and the Attorney-General have drawn added attention to the issue of non-consensual, covert placement of implants in civilians, which, as Dr. Rauni Luukanen-Kilde, former Chief Medical Officer for Finland has stated, from her research and experience, is being done by military and Intelligence agencies for covert, non-consensual experimentation.

Ms. Vritschan’s organization, ICATOR, has been at the forefront of scanning reporting victims for implants, in conjunction with qualified radio engineers and scientists, and in proving that these implants exist.

If the very mention of implants causes a hospital to call in a psychiatrist, and if the Attorney-General’s office stepped in to demand psychiatric assessment of a new mother and founder of the foremost organization in Belgium responsible for the scanning and verification of implants from civilians reporting crime, the question must be asked: Is the cover-up of covert implantation of civilians putatively from clandestine military and Intelligence groups well-known to and being protected by the Attorney-General? Are psychiatrists and hospitals part of this inbuilt Intelligence agency scam?

Added concern accrues from the fact that Brussels has been at the center of the recent revelations of pedophile and child trafficking networks. Implantation and electronic tracking is known to be at the heart of global child trafficking and sex trafficking enterprises, as the story of a recent trafficking victim at a University Medical Center in the US indicates.

For the protection of the baby, Amethyst Vritschan, and for the restoration of the baby to her talented and celebrated mother, Melanie Vritschan, journalists, human rights advocates, and concerned citizens are urged to take immediate action to request the hospital to release the child to the mother’s care immediately and drop all fraudulent charges of delusions and mental health issues.

Please post widely, please cover and report widely. Please call the hospital and advocate on behalf of Amethyst Vritschan and Melanie Vritschan. Native French speakers are especially encouraged to call, on behalf of the newborn and mother.