Encouraging view presented in this article: The matrix is collapsing. Let’s hold fast to that thought. Even as the madness seems to ramp up around us, just the fact that we are awakening on a global scale becomes evidence that the whole sordid sham of extreme control is destined to give way completely and is already crumbling and falling away at base.  This article by Zen Gardner takes a refreshing view of the matrix and its hidden controllers whose machinations, which seem often to be escalating in intent, are becoming more and more visible.

From his website: Zen Gardner began his online writing and blogging 8 years ago after a lifelong quest for truth and several major life changes. His focus is empowering humanity to reach its full potential in conscious awareness and its resultant activation. 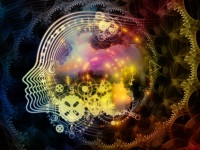 Excerpt: “The outdated matrix programming by the engineers of deceit can’t keep up. The vibrational changes are exceeding their capabilities.  The imitators of creation can’t maintain a current operating system any longer in the face of this massive Universal shift we’re undergoing.

And it’s driving them nuts.

Just look at the desperation we’re witnessing. Crude military and police state maneuvers are only one aspect, of course working in concert with dastardly economic manipulations and an outlandish propaganda barrage. The biggest clue is seeing the previously incremental and now hyperbolic use of technocratic programs from mass surveillance and data gathering to the advent of cyber warfare and artificial intelligence, while crazed maniacs at CERN try to crack into other dimensions.

The magnitude and desperation of their insane agenda has become completely transparent to just about anyone.

This last techno-based stage is a draconian move to try to delete our innate humanity before our awakening reaches critical mass. They’ve openly admitted this. Hence their attempt to transmute everything from genes and humans to automated monsters and geoengineering. Agreed, when it comes to realizing what’s happening there are the entranced apathetics who swallow anything, but we’re witnessing what’s bound to lead to a total meltdown of their dark designs before our very eyes.

Posted in Consciousness, Humanity, Shift of the Ages, Transhumanism