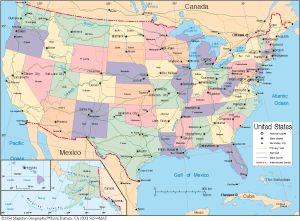 Re-posted with thanks from Our Greater Destiny. Judge Anna issued this call on June 9, asking concerned state residents from every state in the USA to step forward and assist in reclaiming the states. Please check below to see if you are eligible–you need to be born in the US and apparently be male, and a Caucasian, and be able to trace residence on the land (in your state or another) to your grandfather’s generation (I suppose all of this goes back to the good old days of yore when such considerations mattered), and you will need to state/document a claim to your state. Please step forward if eligible and if you understand what’s at stake–to explore more, visit http://www.annavonreitz.com, or see some of  Judge Anna’s posts on this subject collected here.

The rats are trying to tell the rest of the world that we no longer exist as a political reality.  Because we haven’t convened a Continental Congress is over 150 years, they think that that gives them the excuse to claim that our property is “abandoned” and our States of America defunct.

This is nothing but an attempt by the bankrupt housecleaning company to place a false claim of ownership against our estates.

They tried that last fall and the supposedly dead man sat up in his casket at the funeral and gave them all a big “Huzzah!”

We beat them back at the national level, so now they are attacking at the level of the individual states.

I want you all to know that thanks to work done by Pennsylvania and Michigan, your states have the basis of an Equal Footing Claim.  That’s the good news—- but we need actual bodies with “an unimpeachable claim” to come forward.

I need at least two native-born men from every state in the Union to stand up and lay claim to their heritage in behalf of their state and the people in it.

To have an unimpeachable claim you must, according to the terms of the agreements and treaties in the time frame they were made, be able to prove that you are:

(2) that you were born on the soil of the state you are claiming;

(3) that one or more of your Grandfathers was born either in the state you are claiming or in another state of the union prior to 1888.

(4) a properly witnessed—-that means three living men above the age of 21, a Common Law Justice, a Common Law Clerk of Court,  or a public notary acting as a witness without claim of jurisdiction—–Act of Expatriation.

This is just a simple statement:  I, John Doe, a living native-born Texan, hereby expatriate from any assumption of United States Citizenship or any presumption that I am or have ever been a “citizen of the United States”. I explicitly claim my birthright political status and heritage as an American State National and native son of texas.

You print this out by hand —not typewritten—and affirm it by printing your name in Upper and Lower case as indicated below:

So done and said this day by:  John Doe (thumbprint in red, touching the letters of the last name), with all rights reserved.

Just plug in your name instead of “John Doe” and the name of your birth state instead of Texas, and you are ready to go.  Please note that for the purposes of this paper chase, the name of your state is not capitalized—– you are a “native son of texas…..or wisconsin….or ohio.”

Please double-check the list above to make sure you can meet these requirements.

Its okay if you don’t immediately have proof for your grandfathers, just so long as you know their names and where they lived and the general family history.

In the vast majority of cases we can lay hold of public records such as land claims, wills, and other records to show that they were living in one of the states of the Union prior to 1888.

A special request to the Latter Day Saints (Mormons) among us—- we will need volunteers to help trace the family trees and collect the records for these claimants back to their grandfathers.

Also, those who can afford a few shekels: Caesar continues to claim his due in the form of court fees, expert witnesses, accountants, airline tickets, hotel rooms, and other expenses.  Those who have brought the cause so long and so far are not rich people and many are retirees, lawyers who have given up their Bar Cards, and young people just getting started in life who are donating their time in defense of this nation.

If you can help with funds in support of this effort please go now to PayPal and make a donation to:  avannavon@gmail.com.

Those who can act as claimants, please send your contact information, information about your grandfathers, and your “Act of Expatriation” to:

Because of the heavy workload I ask that people not call me unless it is absolutely necessary.

Thanks to all of you who have already done so much to reclaim America.  We are headed down the home stretch and on the right track!